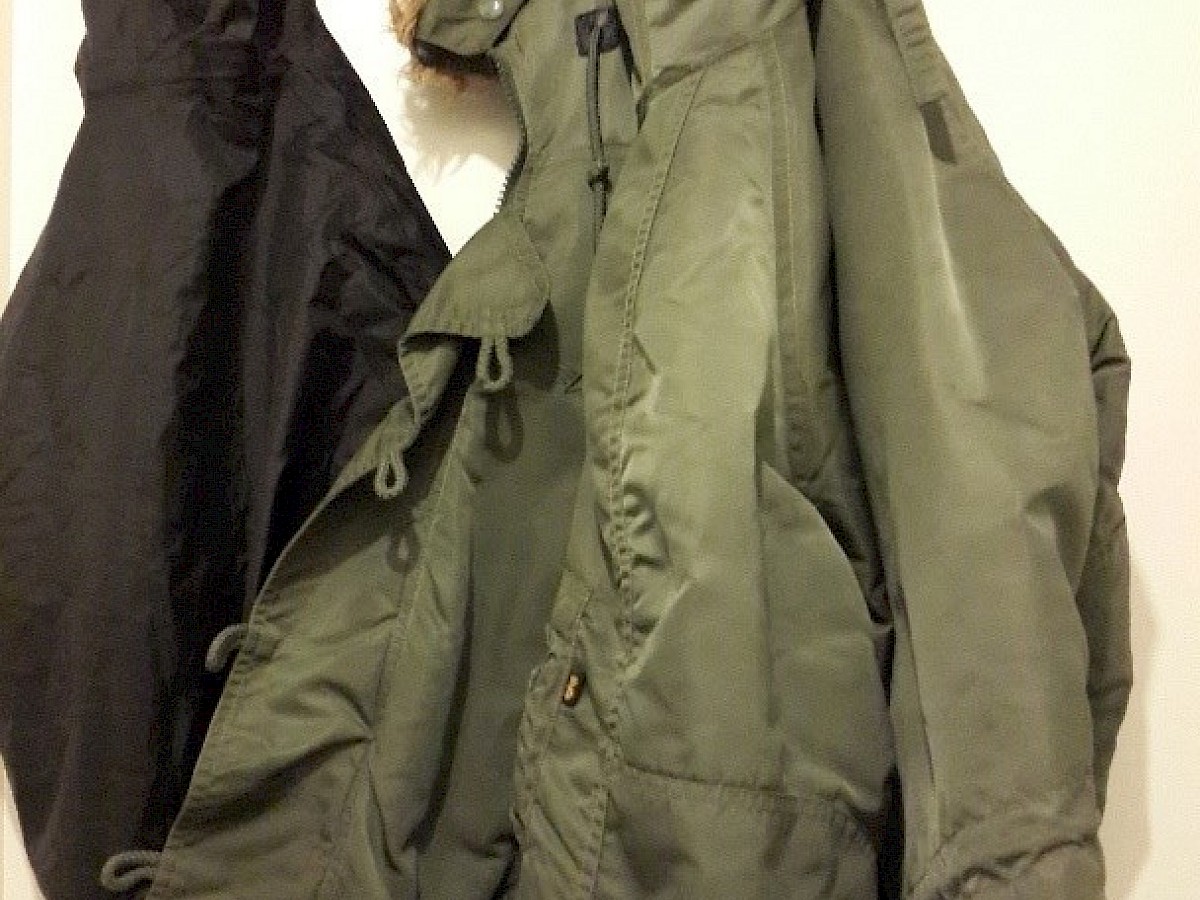 Objects as means of development

I had seen her a couple of times before walking across the camp with her two children, perhaps she was returning from the canteen - a young African woman in her forties. One day, when I was in the Women’s Centre [1] I had gotten to know her more. Her name was Farida [2].

It was a cold Monday in December at around 1:30 PM and the charity closet was open. I left the Caritas house to go to the youth club [3]. Passing by the charity shop I saw Farida behind the wall, taking off her winter jacket and hurriedly cramming it into her handbag. I said “Hi” as I approached smiling. She looked a bit embarrassed as she saw me. Pushing the unruly jacket into her small handbag she said “I took it off so that they let me take another one. Mine is not warm enough”. She was right, I used to help in the charity shop before [4] and I was told by my supervisor that when it comes to winter jackets, everyone has the right to take only one. Also, I had observed volunteers working there stopping people from taking more than one jacket and once a couple of people were prevented from taking winter jackets at all, because they had already received one the last time they were in the shop.

Her jacket was too big to fit in the small handbag she was carrying and yet Farida was still attempting to shove it in. I offered her the almost empty shopping bag I had with me. I had just a book and a pen inside, so I took them out and gave it to her. Her face lit up and she accepted my offer. I said goodbye and as I ran for the youth club, I reviewed again what had happened. I was working there and I was aware of the rules explained by my supervisor on the day I started my job. I was supposed to follow the rules. “One person, one winter jacket!” The rest must be left for others because the numbers were scarce.

“But that jacket was her own. She had not taken one from the charity before. Ok, yeah, that was the rule - if anyone already has one, they should not take another one!”, I thought.

“But she said it was not warm enough… I knew Farida and we were friends, what should I have done?! I could not just start advising and giving her lectures about other people who might not get what they need if she takes another jacket.”, I justified.

“Ok, maybe it would have been better if I hadn’t helped and not become an accomplice in this. Oh, come on that was not a big deal. It is just a jacket…”, I reassured myself.

“But was I betraying my job and my supervisor?”, I felt guilty.

I wondered why was she doing it then? Why was she taking another jacket if she had enough? It must mean that what she already had was not enough, so she needed another one. A better one. I had heard of and seen people taking stuff from the charity shop not just because they really needed them but also because they were cheap and almost for free. What is the reason behind people collecting things in times of adversity? These habits can be observed amongst German grannies as well as refugees and asylum seekers who experienced hardship, war, and a shortage of goods (see picture 3 and 4). For them, collecting stuff is an important practice of everyday life.

Lost in these visions and revisions, I arrived at the Kakadu youth club. My colleagues Yulanta and Anna were there sitting at the table chatting. My Nigerian friend was there with a Rummy game in front of him, he smiled seeing me and asked me for a game. We started playing…, I knew he had a Joker [5] but he was not playing it, so I said: “why don’t you play your Joker?”, pushing him to play it in the game. “I am not gonna use it. what if I lose it? I am going to keep it for a rainy day.”, he responded, sounding uncertain.

I looked at his face and I remembered Farida. Yes, she was feeling uncertain, perhaps insecure about what future holds for her. She was taking another jacket to stay on the safe side, in case something unpredictable would come about. Something like if she could not afford getting another jacket for many years, if there was not another charity shop in the camps she might be transferred to.

It could be a strategy to accumulate things after you have lost everything. To feel like you have something again, and exactly this feeling of having something helps to regain the feeling that you exist. A German proverb says: “clothes make people”, it connotes that owning things is like you exist, you are important, you have an identity. And maybe to have more than one jacket is a legitimate feeling of wanting to overcome the desperate situation of feeling poor and without belongings. Maybe it has something to do with self-esteem as well. Christian Jarret, a psychologist and the author of The Rough Guide to Psychology (2011) explains in his book that one psychoanalytical explanation for collecting is to seek comfort in accumulating belongings. He mentions a case of unloved children; another is that collecting is motivated by existential anxieties – the collection, an extension of our identity, lives on, even though we do not.

Insecurity, uncertainty, precariousness, and not having enough information about what comes next, could be the driving forces behind some certain reactions like collecting things that seem to work more like a defense mechanism to establish reliability. As Mark McKinley (an education scientist) wrote in an article titled The Psychology of Collecting (2007): “… their collections help them ease insecurity and anxiety about losing a part of themselves and to keep the past to continue to exist in the present... Collecting may provide psychological security by filling a part of the self [that] one feels is missing or is void of meaning. When one collects, one experiments with arranging, organizing, and presenting a part of the world which may serve to provide a safety zone, a place of refuge where fears are calmed and insecurity is managed.”

People, usually in hard times, collect objects and store stuff they do not need, as means of development. Things are sometimes used in innovative ways to develop social, economic or aesthetic foundations. They are sometimes given to others to stablish social relations as Marcel Mauss (2002 [1950]) has pointed out in his book The Gift.

It seems like having something is better than having nothing at all!

[1] Frauenzentrum is a centre for refugee women an initiative from Diakonie charity. Back at that time I was doing an internship in Friedland,

[2] The name is anonymous

[3] I was doing an internship in Caritas im Granzdurchgangslager, Friedland. Attending the youth clubs and instructing newly arrived people on different games and encouraging them to engage was one of my responsibilities.

[4] I was doing an internship in Caritas im Granzdurchgangslager, Friedland. On Mondays and Thursdays, I was helping with the Kleiderkammer (Charity shop).

[5] The joker is an Ace in Rummy game, everyone who has it has better chances to win.