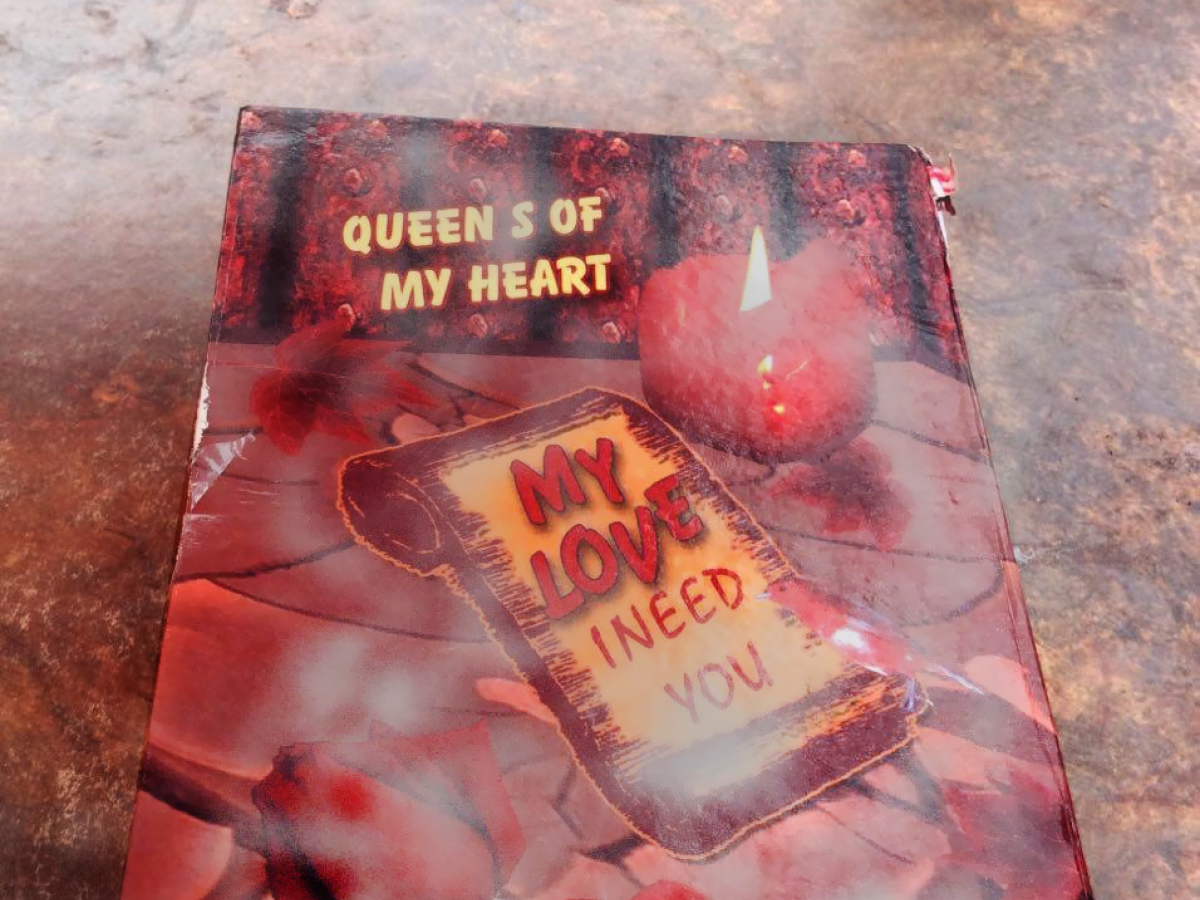 Dust from a Previous Life

This small box covered in dust is what Um-Abdallah found among the rubbles of her house that had burned to ashes in the bombing of Mukhayyam al-Yarmūk district close to Damascus, Syria. It was a Mother’s Day gift from her daughter, back at the time when she was in kindergarten. Inside the box there is a letter written in Arabic in a childish hand-writing. It is a letter Um-Abdallah’s five-year-old daughter wrote to her mother when she was only five and had learned to read and write very early.

Dust from a Previous Life

Um-Abdallah fled her home with her family (her husband who recently had a medical operation, her two sons; 18 and 19 and her 11-year-old daughter) when the fierce clashes and the widespread use of heavy weapons erupted in al-Yarmūk district in late 2012. They took refuge in relatives’ houses in Qudsaya district of Damascus. However, they could not stay for long with the relatives, as the place was crowded. Moving from this relative to another who sometimes were found to be not very welcoming, they finally found a small room to rent in the Dahyet area in Qudsaya.

Life for Um-Abdallah was intertwined with anxiety and fear; as her younger son was going to university, she was afraid lest he get captured either by the Free Army or government Army or ISIS troops. After three years living in terror; hiding their Palestinian nationality from Syrian officials at check-points here and there across the city, Um-Abdallah could convince her husband to go to Europe with their older son to see if there was a possibility of living in peace.

The journey of Um-Abdallah’s husband and son was a long journey on boat and on foot through Syria, Turkey, Greece, Serbia, Austria, Germany, and the Netherlands-and then sent back by police to Germany again.

After three years living in separation, Um-Abdallah and her daughter were going to join her husband and son in Germany. It was early summer 2018. Um-Abdallah packed whatever they were able to take with them: clothes, towels, some food, etc. But something was not right. She was not feeling certain and confident. She felt like she had forgotten something important. Something similar to what people feel when they want to leave their home for a long time and make sure that the electricity is switched off or the main water valve is fastened.

And that was it: she could not leave for good without seeing her home for the last time. Six years had passed since the day they had left their home. She had no idea what it looked like after such a long time. Back in May 2018, they heard news that al-Yarmūk region was bombed, but they did not know for sure whether their home had been destroyed.

Um-Abdallah went back to Mukhayyam al-Yarmūk. “After 6 years I went back to my home”, said Um-Abdallah. There was no need for a key anymore. Her home was devastated. Among the rubbles and ruins, she looked for what was left. She looked into the smashed closets where some of her husband’s jackets were still sitting covered in dust and soil. Everything was buried. Searching around, she found this small box on the floor. Cautiously she took it. Not wiping the dust off it, carefully Um-Abdallah carried the little box with her.

Fifteen days later, Um-Abdallah and her daughter, left Syria for Germany. The younger son stayed as he wanted to finish his university. They brought the dusty little case all the way with them. Now settled in Göttingen, I asked Um-Abdallah whether she would ever dust the box? “No,” she said, “this dust reminds me of my home and what we went through. This is the only thing left from my daughter’s childhood.”

It is fascinating how microscopic particles of soil and dust-dirt turn into an objective manifestation of feelings and emotions! Struggling to hold the little box in my hands without touching the dust on it, an image came to my mind – an image of those who hold dear the urn containing ashes of the burned bodies of their loved ones. In this case it was holding dear the memory of a burned home; where Um-Abdallah had given birth to her children and had cooked for her husband to be back from work and for her sons to be back from school.

The dust on this small box could be understood as a metaphor for the memory of a burned home. From another perspective Um-Abdallah’s refusal to clean it could be explained with the value and authenticity that the dust from the past adds to the object (Frykmann 2016, p.112). In fact, the dust adds more antiquity to the box and thus makes the history attached to it more plausible.

Although Um-Abdallah cherishes the little box, she wishes that she would have refrained from going back to where she felt was her home. “I wish I had not gone to my home”, she said. I asked the reason and she answered: “Because I liked to imagine everything good. I wanted to have my home in my memory the way it used to be”.

During our talk the word ‘Home’ was used several times by Um-Abdallah, every time she was referring to the one in Mukhayyam al-Yarmouk which was then destroyed. Instead she applied the term ‘Wohnung’ 1 or ‘Apartment’ for the place they rented in Dahyet, Qudsaya; perhaps because it was temporal or it was not bound with the history, memories and emotions of the past unlike the dust on this small case that is loaded with sweet memories of home, where a woman, a wife, a mother keeps it clean and undusted.

[1] We communicated in German and English.