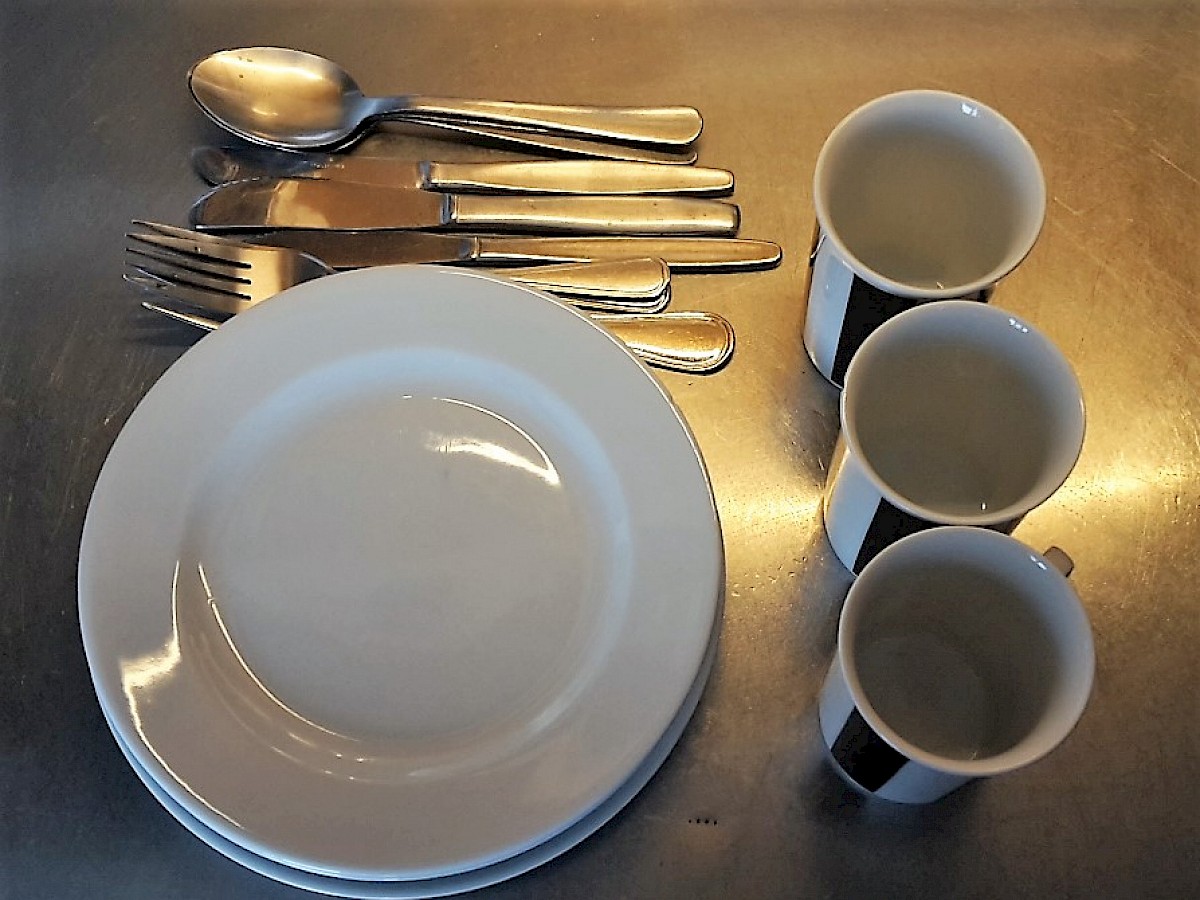 In transit camps, very different concepts, ideas, practices, and materialities collide regarding what is understood as a dignified and appropriate accommodation. Why is it worth having a look at tableware to understand the tension-filled relationship between institutions and cultures of the home?

For them, their unawareness and incomprehension of the rigid administrative German conception of home cultures culminated in the very moment the camp staff handed out tableware: three dishes, three cups, three cutlery sets – one for each person. Indignant, they received their dishes, which seems like a fundamental misconception of homing for them. One basic aspect for them to make themselves at home is having the possibility to invite friends and being invited to them. But how can you invite people to your place when you are not equipped to host them? Dishes for three people are obviously not enough.

Even though they appreciated being in Germany very much, the quarrels over tableware and the impossibility to haggle for one more single item than the staff had officially designated was proof for them that the German bureaucracy was unwilling or not able to recognize how significant such issues are for other (home) cultures. “Regaining dignity”, as they called it, and a certain degree of self-determined social and family life is not possible without appropriate tableware.

Through such minor details, homing practices can be revealed and they often stand in a charged relationship with camp rules. I would like to link this quite unequal relationship to what Erving Goffman called the “disculturation” (1961: 73) [1] of total institutions. By this, he means the loss and “untraining” (ibid., p. 13) of habits which are usually necessary for everyday life, but, in this context, disturb the organizational processes of institutions. Home cultures are ever-present in camps, but they belong to “the underlife of the institution” (ibid., p. 199 [italics in the original]) its informal part, which cannot be inhibited entirely but at least has to be curbed by authorities.

Having too many social ties and gatherings in a reception center can be challenging for these organizations. Therefore, Pınar and I were forced to register as visitors and asked to leave when the visiting hours were over. This form of control and constraint finds expression in the limited time frame and also the scarce dining equipment granted to the inhabitants.

Nonetheless, people develop counter-strategies against institutionalized “disculturation”. The Iranian family, for instance, now borrows tableware from neighbors to receive guests, which, as they described it, is annoying and also embarrassing for them, and it is part of the “underlife” mentioned by Goffman.

Such tiny fractions of material home cultures like tableware can bring camp operating modes to light and also the different perspectives and concepts regarding what is necessary, and what it takes to live in dignity.