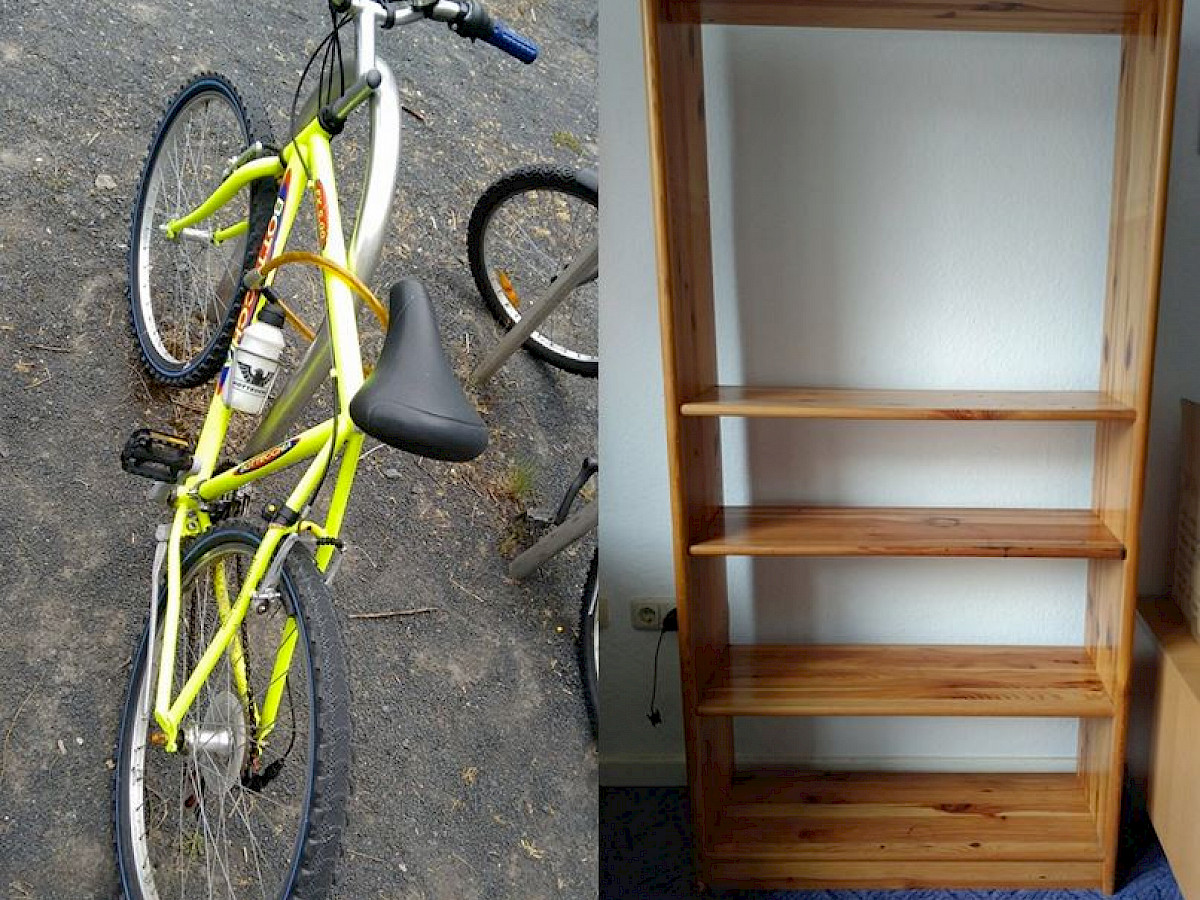 The Things that Stay

Many people do not reside permanently in one city or country. They move for work, for love or for their studies, to get away from war or from poverty. Mobile people are often very aware of the fact that they are not going to stay in one locality. This knowledge has an influence on what kind of things they carry with them, keep and leave behind.

The Materiality of Temporariness

Germany has become a popular destination for students and scientists from India. Around 350 Indian academics live in Göttingen, the self-proclaimed city of science. Many of them, especially those coming for their MA or PhD degrees, will not stay in Göttingen or Germany but move on to other places around the world.

Shilpa[i] and her husband Sachin[ii] were no exception in this regard — they came to Göttingen as PhD students and planned to leave after four years. To know right from the beginning that they are not going to stay and their focus on finishing their PhD degrees had a significant influence on their everyday life in Göttingen. Sachin explained: „On the weekdays we just go to work, come home, eat, sleep, go to work, come home, eat, sleep. Because we also come with the feeling that we are here for four years. We are here to do something, to achieve [something].”

Knowing that they will eventually leave not only informed how Shilpa and Sachin spent their time in Göttingen but also the material aspects of their life, for example how they furnished their apartment. As Shilpa told me: „Everything, our thinking is also different. Everything that we do is also guided by this —because we know that it is temporary.”

Shilpa’s statement raises the question of what kinds of material objects are deemed necessary in this situation. This question can be answered by looking at two different categories of things: the objects that the young Indians bring to Göttingen and the things that they acquire during their stay and eventually leave behind when they are moving on.

What to bring along to Germany is one of the “Frequently Asked Questions” on the homepage of the Society for Indian Students in Göttingen. Surprising to me, the first item on the list of 22 things to bring is a “Pressure cooker (with vessels, idli pan, extra gasket) or electric rice cooker if preferred”. The next nine items that are mentioned on the list are also either food or utensils that are necessary for preparing it in a certain way – for example a coconut scraper.

As already mentioned in other contributions (see Chapati), cooking and eating familiar food —together or alone — are important practices for people on the move. Objects like the pressure cooker or spices make it possible to prepare food in a familiar way and thus enable a feeling of continuity in everyday life.[iii] Food and the practices associated with it make “palpable connections”[iv] , connections to the past, people and places. Therefore, the objects enabling these practices are the things that stay with the young Indians and will accompany them to their next destination(s).

In Göttingen, the Indian postgraduates often don’t buy a lot of furniture — either because they live in a furnished apartment or a dormitory, or because they don’t see the point in investing the money. If they need to buy things like a desk, shelves, or the ultimate means of transport in Göttingen — a bike — most will buy them second-hand, as students probably do in general. Thus there is a bustling market for used things both off- and online, as the people who leave Göttingen dissolve their households.

The objects acquired this way are only meant to be the students’ for a certain time and therefore the attachments to these things are temporary. When the young Indians leave Göttingen they often sell these temporary objects, sometimes to newcomers from India. The things like bikes, tables, and chairs stay in Göttingen and connect their successive owners to each other and to that particular time of their life.

What probably sounds like an ascetic way of life can be understood as an expression of the ambivalence that develops out of the knowledge that one is living somewhere temporarily. Shilpa explained this feeling of ambivalence with regard to her apartment: “It’s our apartment and we feel like it’s home, but then we also don’t want to buy a lot of things for it or decorate it really nicely.” Photos of family members or travels did not decorate the walls in the apartments but were stored on mobile phones or laptops or put up on digital walls, like on the Facebook timeline. That way, comforting things[v] like family pictures are easy to transport to the next place. Other decorations — like rangolis — are created for the time of festivals like Diwali or Durga Puja. Rangolis are made out of colored powders that are used to draw a delicate design on the floor. These decorations are meant to be temporary and are simply wiped away after the festival.

In this contribution, I showed how the knowledge of being somewhere temporarily influences peoples’ materialities. But this dynamic also works the other way around: The things that are used to “furnish the transient”[vi] can evolve into constant reminders of the fact that one is not going to stay. But, at least in the case of the Indian students, this thought is not always unsettling. Depending on the experiences that they make in Germany, at their institutes, in everyday life in the city, etc. the thought of eventually leaving could become a comforting one.

[vi] I thank Peter Bräunlein for this very fitting expression.