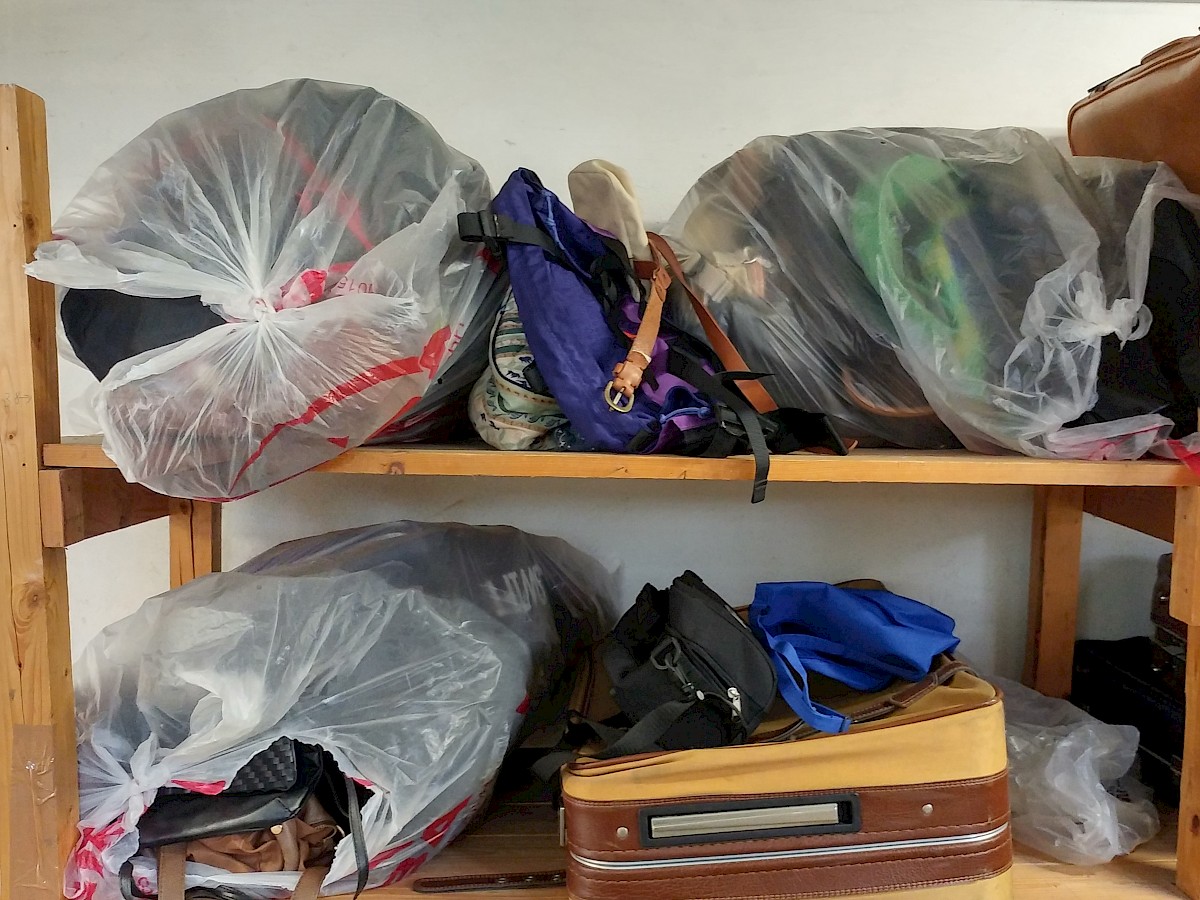 The Non-Donation – Attempt at a definition

As a welfare organization in a first reception facility, Caritas Friedland's main concern is to provide the best possible support to clients and staff. The clothing store operated by Caritas in the border transit camp Friedland relies on donations. It goes without saying that not all donations can be used directly. Sometimes, however, it is more than questionable what use the donations should have.

Summer 2019: In recent weeks and months, we at Caritas Friedland have repeatedly received donations that caused astonishment: a box of dusty and partly holey clothes accompanied by two dead mice, a set of cooking pots filled with mold a moving box full of empty shampoo bottles. In view of this, the question arises as to what actually constitutes a donation, and whether one should not sometimes rather speak of a 'non-donation'.

In the article Donations - True or Supposed Charity, we asked about the motives and the message that donors associate with such donations or that they send with them. In this article, an attempt is made to take a closer look at the term "non-donation" and to define it. A prerequisite for this is first of all the understanding of donations, i.e. what characterizes donations? If one takes a closer look at the definition of the term donation (leaving out tax and civil law aspects), it becomes clear that the actual benefit of a donation has no significance for its definition. In concrete terms, this means that a donation remains a donation even if it is not helpful for the potential recipient. The sole fact that makes a donation a donation, according to the definition, is the voluntary contribution of money or in-kind services for a religious, scientific, charitable, cultural, economic, or political purpose.1 This begs the question: What purposes must be present for these criteria not to be met? Spontaneous examples would include militaristic or anti-constitutional purposes, but even these can be incorporated into the above categories through creative argumentation. So, we summarize: A donation is a voluntary contribution, which is given without consideration! It becomes clear that a further differentiation is necessary.

For us as a welfare association active in the GDL Friedland, the benefit of the donation, but also the degree of work effort associated with the donation should be in the foreground as differentiating criteria. Effort is understood here as a form of time, personnel or monetary cost. Explicit mention must be made of the additional effort involved, since basically every donation involves a certain amount of work, such as accepting donations, sorting them, and issuing them. This means that any donations, whether monetary or material, have a benefit as long as the donations are also useful for the people we support.

At the same time, however, donations should not exceed a certain level of extra effort, and the relationship between effort and benefit should be reasonable. A donation of well-preserved clothing, suitable in size and style for the refugees and desired by them, but which would have to be washed, is associated with an additional expense, which is in a positive relationship to the benefit. That is, the higher the expected benefit, the higher the additional expense resulting from the donation can or may be. In the case of a donation of soiled and tattered textile pieces, on the other hand, the question arises as to what extent this is worth the effort of a wash cycle at all. A washing cycle would have a negative relationship to the benefit. Both aspects are thus in a positive correlation to each other. A voluntary donation that does not fulfill the two criteria of benefit and (additional) effort is therefore - according to the definition described above - a non-donation.

The question of what message donors (want to) send with such non-donations and whether it is merely the result of thoughtlessness, or whether there are deeper negative motives behind it, must remain open here.