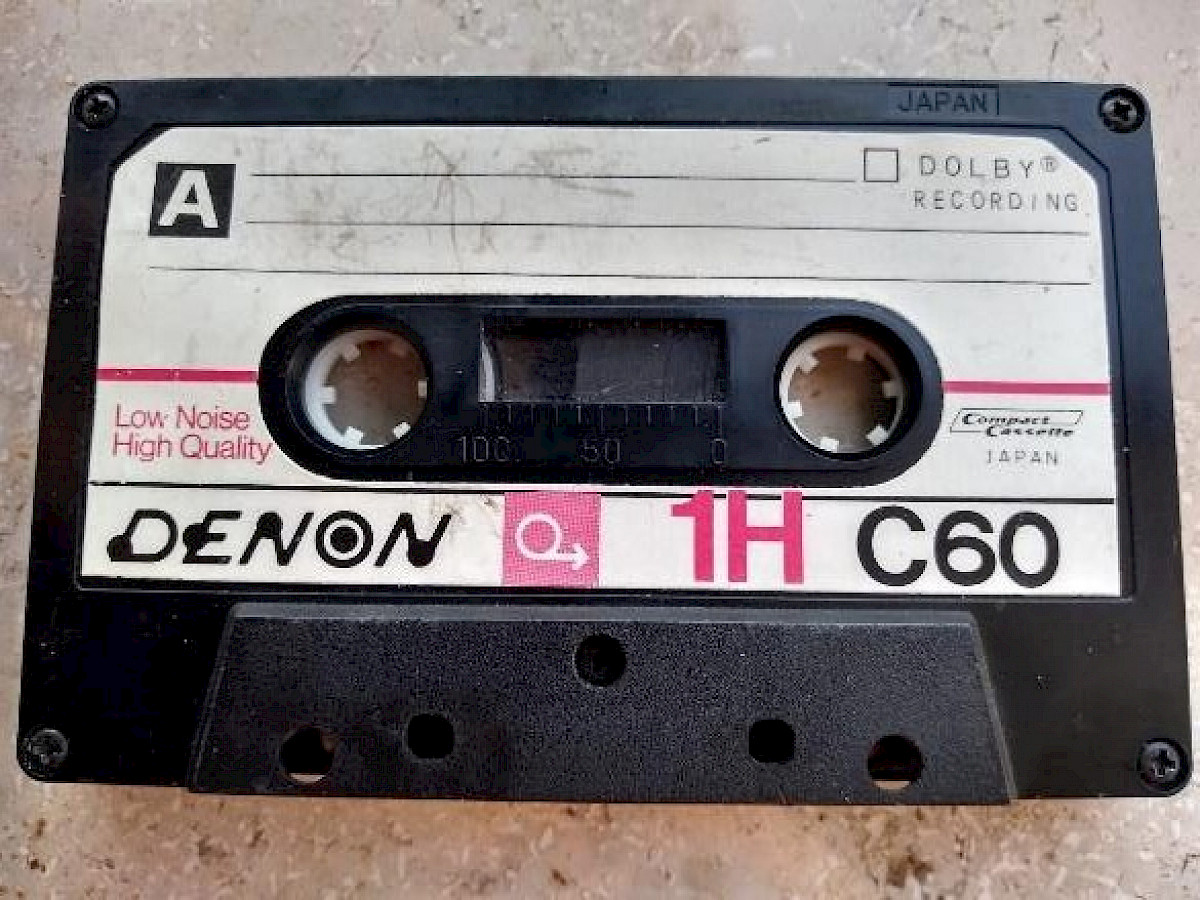 Who still listens to audio cassettes these days? Why should a person keep a cassette for more than 40 years? This audio cassette from the 1970s explains two stories at the same time. The life of M., an Iranian migrant, who fled the country in 1982, and the story of her mother, who stayed in Iran. While the recorded voice of her mother tells about the difficulties of the woman’s life in Iran, the cassette is the only object M. took with her while migrating and reflects her life as a migrant woman in the diaspora. This audio cassette not only displays the story of a female political migrant from the 1980’s, but is also the only proof she has of her lost past.

It is only sound that remains

“What is the past? Memories? Were all these events in my life real or are they just carved on my grey matters of brain? Were all those people I met real? My childhood, my growing up? And the revolution that I was a part of, those people who were with me and whom I lost on the way… escape and escape… One proof, yes one evidence, which proves the past has existed. A voice, the voice of my mother makes all my memories come alive. Yes, voice, it is only the voice that remains.”

The title of this contribution comes from a famous poem by Forough Farrokhzad1, an Iranian female rebel poet of the 1950’s and 1960’s. M., an Iranian migrant, who fled at the beginning of the 1980’s, has chosen this title for this text. Since 2015, when I came to Germany for my studies, I meet M. as a close friend of my family in Iran. The topic of migration was present in our discussions.

M. was active in the revolution of 1979 in Iran as a young socialist and fought in it for a better and more democratic life. But with the beginning of the 1980’s and the suppression of opposition members and activists, she was forced to leave the country with her three-year old son. Crossing the border in northern Iran they fled to the then-Soviet Union. She was not even able to meet her family and especially her mother before fleeing, and besides some clothes and documents took just one object with her: an audio cassette with the recorded voice of her mother.

M.’s mother had been living in the south of Iran (in Fars Province) and some years before her migration M. had recorded the voice of her mother on this cassette. In exile she often listened to the voice of her mother. On the cassette, she tells the story of her life as a young wife with six children and a violent husband. She explains to her daughter about the difficulties, insults and humiliations which she had to endure during her life. M. told me in one of our conversations that she studied and engaged herself in social and political activities to avoid these forms of humiliations, even though at the end she was forced to leave her country and had to face dangerous and tough moments in the process of her migration. Her mother died four years after she made the recording and M. never saw her again. This cassette was not only the sole object she took from Iran, but the only memorial object of her mother, too.

As a single mother M. experienced various difficulty during her migration. For example, after arriving in the Soviet Union she was forced to work as a construction worker, although she was an educated archaeologist. Only after one year she was able to find a position in an academy as an archaeologist.

After the collapse of Communism in the Soviet Union (1989-1990) M. immigrated to Berlin, Germany and has stayed there ever since. All these years she listened to the voice of her mother from time to time, but as the materiality of the tape was something fragile, she was always afraid to listen to it too often, fearing it might break or lose its quality. The tape is now 43 years old and M. carried it with her for more than 37 years.

The materiality of audio cassettes is an interesting aspect regarding M.’s relationship toward her country and her family. Audio tapes were significant objects before, during and after the revolution in Iran (1978-1980). They were used for political messages, revolutionary music, speeches, etc.2 But since 2000 the usage of audio tapes has decreased strongly.3

Only in 2002, after twenty years, M. travelled to her home country again. Like the cassette, the country was not the same either. Much had changed and more importantly, her mother was not alive anymore. There was a twenty-year gap in her memory. Now she is asking herself whether all these events, the revolution, the people who were with her and the people she lost were real. Did these events really happen? In M.’s case, the cassette fills the gap as a bridge between memory and reality, between past and present.

The tape has no use as a music or recording instrument anymore. Instead it functions as a memorial object or, as M. writes herself: “I need a proof, an evidence which shows me this past has existed”. And here the voice, the voice of her mother is the proof for all these lost memories.

The tape has a new function which not only reconnects and recreates the memories and pieces of reality from the past for her, but also has a strong emotional link to her lost relationship with her mother. This cassette builds an infinite dialogue between two women, from two different generations and different situations, but with similar difficulties. It is a way to keep the present related with the past.