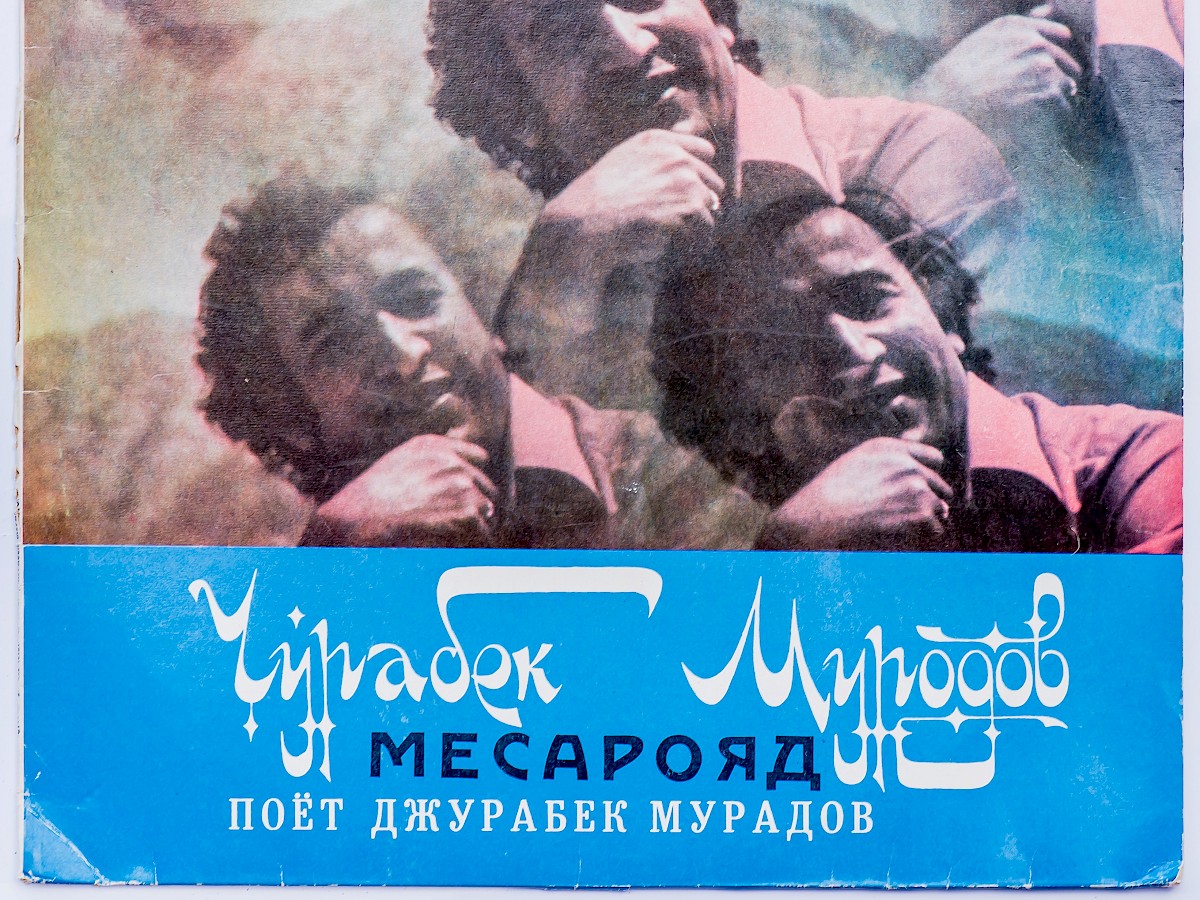 A record by the Tajik singer Djurabek Murodov (Ҷӯрабек Муродов) as a reminder of the country in which Lydia Hoffmann, daughter of ethnic German late repatriates, grew up.

Music acts as an amplifier of memories for me: When I want to remember how I felt in a past phase of my life, in a certain place or together with a person, I listen to the music I associate with it. Between the sounds, I then feel subtle nuances of my attitude to life at that time, which no photo or text can reproduce. For me, sound carriers are a kind of souvenir of my own past.

When Lydia Hoffman planned her departure from Tajikistan to the Federal Republic of Germany in early 1981, she took very little luggage with her. Although her family listened almost exclusively to Russian and German music until then, she brought this record by the famous Tajik singer Djurabek Murodov. A souvenir of the moment of her departure from the country in which she grew up.

After her arrival in the Federal Republic, however, she never heard the record again. She kept it anyway - perhaps as a reminder of her attempt to create a memory. Her intention to hold on to something was thus realized, but in a different way than she thought. [1]

For me, this means that one can influence memory but ultimately not plan it conclusively. Through the music on the record I can now also get an impression of the atmosphere in Tajikistan at the moment of Lydia Hoffmann's farewell.

[1] The record is now in the care of the Museum Friedland. Since its opening it is exhibited in the top floor of the museum, in the room "7 things".