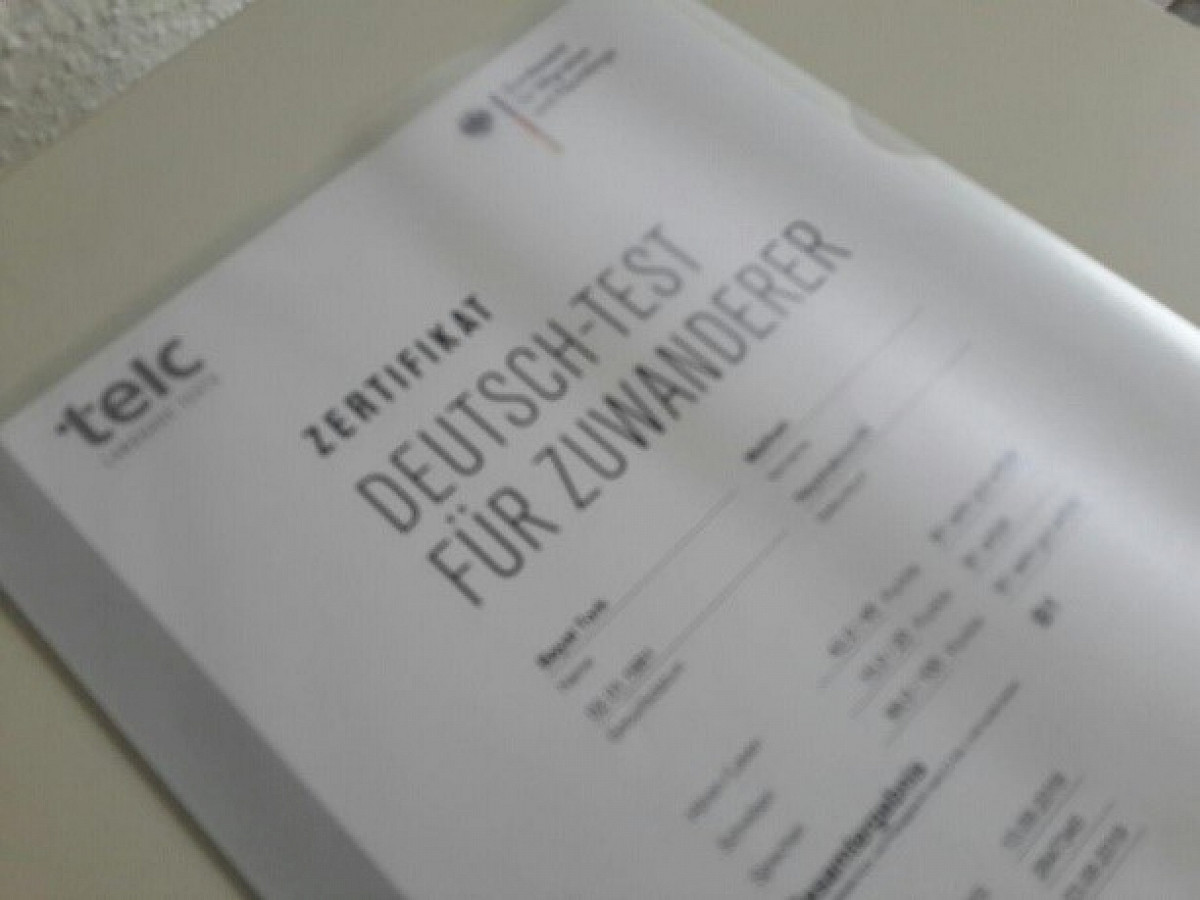 Um-Abdallah received this language certificate after having passed the exam successfully. This is one of the telc/B1 certificates that refugees and migrants who are going to live and work in Germany usually need. Um-Abdallah is quite happy to have obtained the certificate with good marks.

I met Um-Abdallah in a language school in Goettingen, we were in the same course. She was a hardworking, talented student who regularly attended the classes. A while after the end of the course, I made an interview with Um-Abdallah and asked her about her plans for the future. She was hoping to learn the language to communicate easily with people and to have a ‘normal’ life. She added that she tries to be a good and active member of the society of Germany.

In the middle of our talk, Um-Abdallah’s son arrived and joined us. He lives in Kassel and studies at the university there. I asked him how he imagines the future and if he had a dream. Like many, he had no big dream. Abdallah, like his mother, only desired to live a normal and peaceful life. Education in university was giving him a sense of normality. This longing for normalcy is a phenomenon many migration scholars have described (see cf. Woensel Kooy 2016, p. 34).

A torn-apart family, years of separation, a lifetime in panic, terror, and on the run (see also Dust from a Previous Life ) let also big dreams vanish, since they become an illusion, too far away to ever be realized (again). To settle, to learn the language, and having time to recover from all that pain and suffering in the past seem to be enough. To be dedicated to something like this offers time to process traumas or at least supress them.

Many refugees and migrants I met expressed such a desire for normalcy, back at the time when I was a social worker volunteer in Friedland transit camp. Learning German was the first step towards normality. The next step was to complete vocational training (Ausbildung) in order to find a job as a well-skilled employee afterwards. Some others were willing to study in university. A young Somalian man shared with me that his plan was to study in university and sought advice about which discipline was most demanded on Germany’s job market.

Pressure of the state and inability to communicate with surrounding environment make language and integration courses an obligatory step towards normality in Germany. How would the first step towards normalcy be different for an Afghan refugee in Iran where they share the same language? I wondered. In theory, a refugee in Iran should be one step ahead, but is it true in practice?